Fire damage in your home goes much beyond what is immediately visible. Most of the damage that can affect your health will be invisible or hidden. Know about these hidden dangers so you can plan your fire restoration to tackle them.

Soot is more than ash or scorch marks. This oily, ashy residue is composed of carbon and glass-like particulates that can cause major damage to your lungs if you breathe it in. It can also irritate your eyes, nose, and even your skin if you come in contact with it. Although soot can be quite visible, sometimes the smaller particulates left behind following a fire are not as visible to the naked eye.

Soot doesn't just collect on surfaces, it also gets into carpets, upholstery, clothing, and drapes. It can get into other parts of the home that were unaffected by the fire by traveling through vents or HVAC systems, so your entire home will need to be inspected and treated for soot damage.

Mold can be an after effect of extinguishing the fire. Even a small fire can require the use of a lot of water to ensure it is safely extinguished. This moisture can penetrate walls, ceilings, flooring, and furniture. In the case of kitchen fires, moisture often gets into and behind cabinetry, even in areas that weren't specifically targeted by the fire suppression efforts.

If the moisture isn't promptly dried out, mold spores in the air begin to settle and grow on the damp surfaces. Often, the site of this growth isn't easily seen. It can be inside the walls, beneath carpeting, or in the subfloor underneath tile or cabinets. You may only realize there is a problem some months later when musty odors and accompanying respiratory issues begin to affect your family.

Homes are filled with many items that are harmless until fire and heat releases the chemical fumes within. Plastic is the main culprit, but paint, flooring, and and other seemingly safe items can release fumes during a fire. These fumes and the residue they produce can settle throughout the house, especially if the fumes travel through ventilation systems.

Some of the chemicals released in these fumes cause respiratory issues, while others can irritate the skin. Since the fumes and their residue is invisible, they can be anywhere following a fire. This is why proper cleanup and restoration is one of the most important tasks following even a small house fire.

Contact a fire damage restoration service immediately following a fire so that you can once again be healthy in your home.

Back to Where We Began: A Repair Blog

Back to Where We Began: A Repair Blog 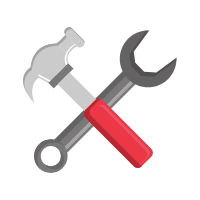 If you take good care of your things, they will last longer. And if you repair your items as needed, they will keep working for many years to come. This is the philosophy by which many repair and restoration companies operate. They prefer to make changes and fix things rather than just buying new all of the time. This approach can save you money and headaches, so we recommend you look into it. The articles on this website share more information about repairs and restoration, enabling you to find the right professionals to keep your floors, appliances, roof, windows, and other elements in peak shape.

Epoxy flooring is a coating that can be installed …

Dealing with commercial water damage can be a chal …

Read More
How to Get Home Handyman Services
14 September 2021

The industry of home maintenance and repair in the …

When you own a rental property, preparing and clea …